cuboz at My "proper" souvenir...

Did I tell you about the souvenir I bought whilst on holiday in the States?

When Oz & Craige travel, they always buy themselves just ONE very special something to give them memories of their big trips... From Africa, it was a hand painted ostrich egg, and a hippopotamus made out of ironstone, or something like that... From South America, it was the most AMAZING and stunning toucan made out of amethyst and stone. It's quite sensational.

So when Craige and myself were at Knott's Berry Farm (along with Luke & George), we came across a Geode Shop called, simply, The Geode Shop at Knott's Berry Farm! They had some amazing stuff inside, from tiny little fossils in rock, to insects in amber, to huge geodes, etc. Out the front of the store was a big tray with rocks of varying sizes, which were unopened geodes. They had ones from Morocco, Mexico and Utah. So Craige picked one from Utah of course, and had it cut open in front of him. So you buy it, and then get a nice surprise. They then tell you all about the contents, and what sort of minerals are in it. I decided to do one myself, as well - and of course, had to pick one from Utah, as this was a memory of the American trip!

It was exciting, and kinda cool to see them cut them open... I just need to get a UV lamp (a cheap LED one would suffice), as they said it should luminesce a nice green colour! I suppose part of the reason why I liked this idea is the fact that I've always had a fascination with geology and geography. If I was the sort of person that could study, and/or go to Uni, I'd probably do an Earth Science. I love volcanoes, unusual land masses, rocks, etc. I'm such a Taurean! 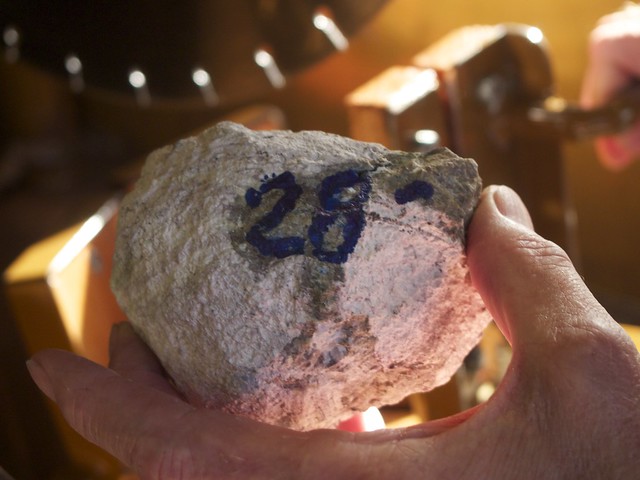 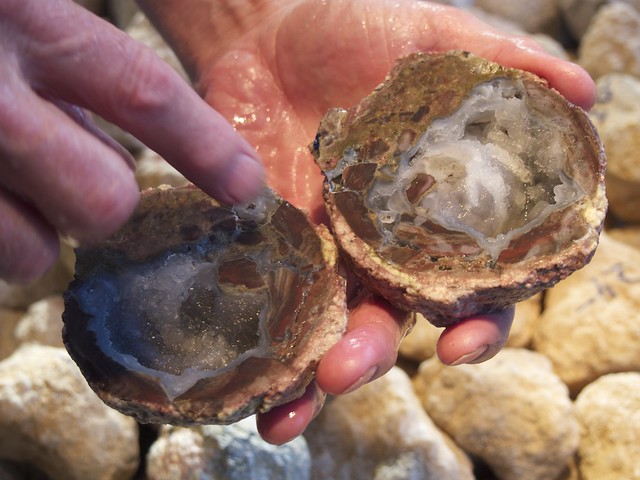 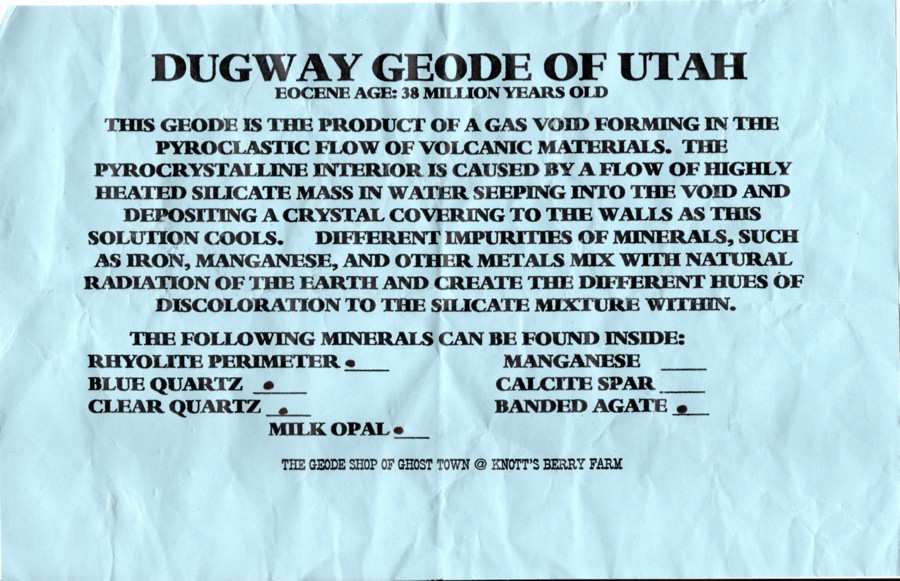 The certificate of information.